Many are unprepared for what is coming… 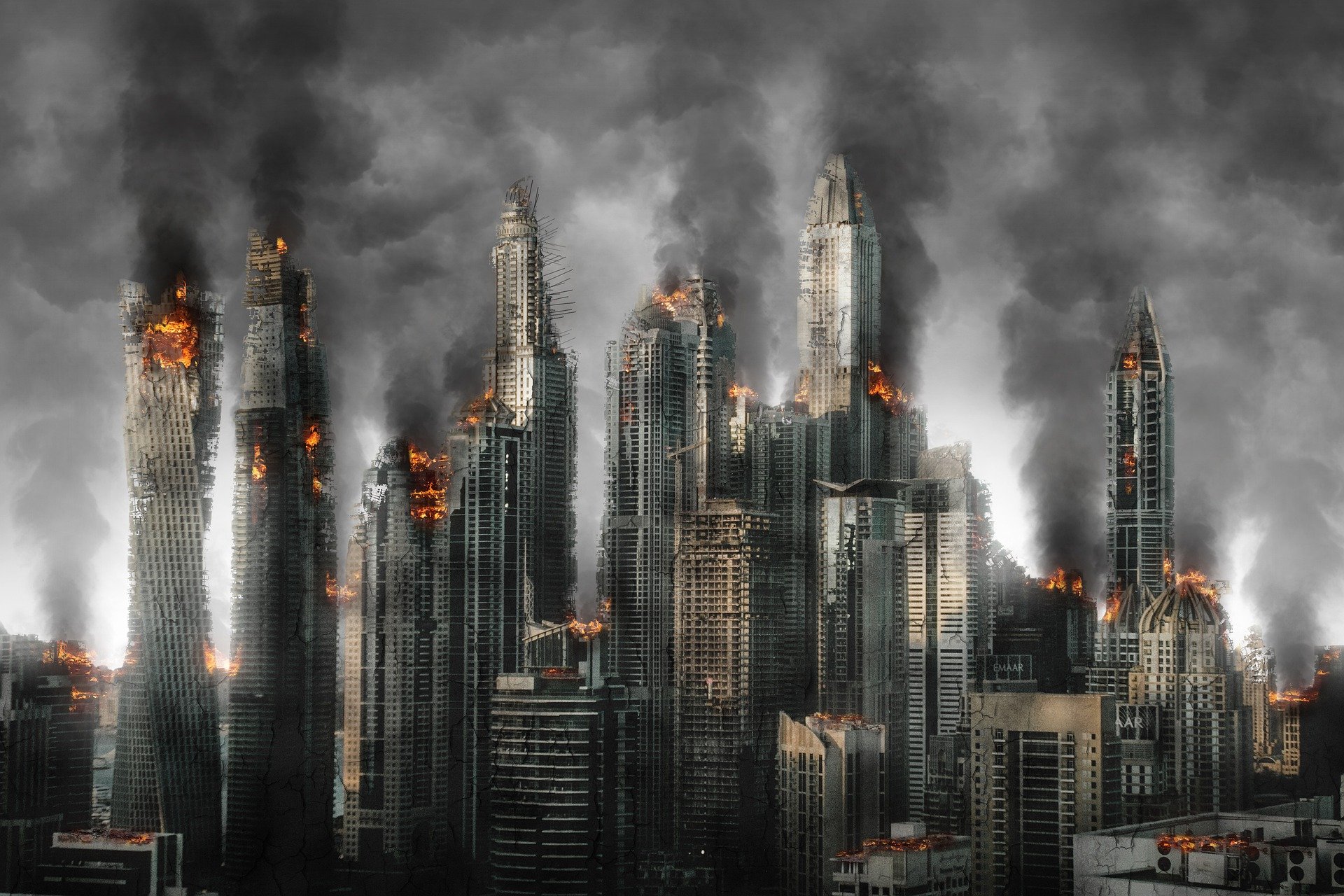 In the United States, I believe that most people have no clue what is coming down the pipe. Before COVID-19, there were signs of deterioration morally, politically, financially, etc., but the pandemic has amplified and brought them to the surface. Now, people are becoming increasingly aware of inflation along with everything else that is going on and many would agree the country is headed in the wrong direction. But, do they really realize how quickly things could become drastically worse?

No, I think a good portion of people think the U.S. will recover or find a way to stay on top as the country has done throughout its history (this refers to the concept of American Exceptionalism), or maybe many just want to distract themselves from reality with movies, football, and so forth knowing that the U.S. empire is declining. Whatever it may be, it seems we are in free fall whether that is positive or negative from your viewpoint. Does that mean to buy a doomsday bunker and prepare for a nuclear war, no, I don’t think so.

However, I do think it is time to better prepare for what is coming which may include moving to certain regions and away from the big city, if possible. The following link includes some off-grid/emergency survival skills: https://jesuschrististheking.com/survival-money/. The government and elites are already planning on implementing “The Great Reset.” What used to be a conspiracy theory is now reality. There is the mention of ESG scores and metrics, a Public Credit Registry (PCR), nature-positive ideas, social credit scores, stakeholder capitalism, and the list goes on and on.

What is deceiving is how they word all of these concepts to make it sound like it is in the best interest of all of us and good for the planet. While God has called us to be good stewards of the land and money, He is ultimately in charge as God is sovereign. How are we going to stop what God has planned for His universe? We aren’t. The intentions of the Great Reset, New World Order, One-world government, or whatever you want to call it is to control the masses and bring power to those in control. They don’t really care about us and are using everything they can to leverage and manipulate their target: us.

Just how bad will it get? Well, if we are near the beginning of or in the book of Revelation, it is going to get extremely bad. If you want a comprehensive idea, you should read the book of Revelation, which is the last book of the Bible. There will be, on a global-scale, the poisoning of water, vegetation being burned up, locusts that will torment people, an army of 200 million that will destroy one-third of mankind, terrible sores of all followers of the Antichrist, earthquakes, the drying of the Euphrates river (which may be happening now and is mentioned in this post: https://jesuschrististheking.com/new-content-august-26th-2022/), 100 pound hailstones, and so on. Could it be fifty or one-hundred years from now instead of within 10-15 years, yes, possibly?

However, as many things are converging all at once, it seems we are close to or in the beginning of the book of Revelation even though people have been saying that for thousands of years. I talk more about this on the about page of my website: https://jesuschrististheking.com/about/.

Why do I think it will be sooner rather than later? Here are just some reasons:

When looking at the U.S. debt to GDP, it’s currently about 125% and will be about 170% in 2026. Japan currently has about 290% debt to GDP which illustrates just how indebted a country can be without massive monetary problems. Japan had virtually no inflation with almost zero percent interest rates for years. But, why don’t we have the same with less debt? Among other things, the U.S. is in a different position than that of Japan even though both countries have massive amounts of debt. And, Japan is now actually starting to see inflation without wage increases.

Here is a look at the data:

Given the current projections, it looks like the U.S. and the world as a whole is headed toward much darker times. Could a revival happen, it’s certainly possible? Will it happen if things don’t start changing, no, it doesn’t appear so. In fact, as things continue to deteriorate it would make sense that decline would happen at an exponential rate; an increasing rate of increase. Therefore, while a doomsday bunker may be a little extreme, some type of planning here in the future, or better yet now, may be beneficial. The past is gone and the future is on the horizon.