What is the Mark of the Beast? 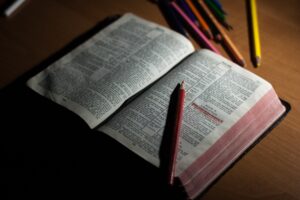 As far as we know, it may be some type of RFID microchip that is implanted (similar to what pets have) into us or it could even be some type of literal mark similar to a branding iron as seen with cows – possibly coupled with technology. We are already seeing some signs of technology changes that allude to what will happen in the future. For example, you can now buy things using biometric technology such as retinal scanners or palm readers. If you look online, you can find many articles related to this. Whatever it may exactly be when the one-world government is established, I do believe it will be clear that you have declared yourself a follower of the Antichrist if you receive such a mark.

Also it causes all, both small and great, both rich and poor, both free and slave, to be marked on the right hand or the forehead, so that no one can buy or sell unless he has the mark, that is, the name of the beast or the number of its name. This calls for wisdom: let the one who has understanding calculate the number of the beast, for it is the number of a man, and his number is 666. (English Standard Version, Rev. 13.16-18)

For those who do not take the mark (Christians and possibly others), the scriptures state the following: “[a]nd it was allowed to give breath to the image of the beast, so that the image of the beast might even speak and might cause those who would not worship the image of the beast to be slain” (Rev. 13-15). Up until this point, he may have them tortured, starved, held captive, and probably hunted down. If this sounds like some type of Sci-Fi movie, well I can assure you that it will be reality as God can see the future with 100 percent accuracy. The scriptures in the book of Revelation give way to some absolutely unbelievable events that will indeed take place.

If you are skeptical as to why Jesus Christ is God, you can check out the homepage if you would like for reasons as to why He is the only God:
https://jesuschrististheking.com/why-god-why-christianity/.